Yesterday was Super Bowl Sunday and Reddit ran a Super Bowl 2021 ad No, you heard right that wasn’t a glitch for some Super Bowl LV viewers, mainly in nine of the top 10 US metros a Reddit commercial did pop up on the screen.

The ad spot comes after a Reddit community called WallStreetBets took on Wall Street pros by inflating the share price of GameStop. Hedge funds, meanwhile, lost billions of dollars on their short positions and stopped platforms like RobinHood for allowing stock buys on GameStop.

The ad spot, was short and sweet with just five seconds, it started as if it were a car commercial, but then quickly to Reddit’s brand orange and white logo, which was followed with a message.

“If you’re reading this, it means our bets paid off, One thing we learned from our communities last week is that underdogs can accomplish just about anything when we come together around a common area.”

“Who knows, maybe you’ll be the reason finance textbooks have to add a chapter on ‘tendies,’ Powerful things happen when people rally around something they really care about. And there’s a place for that. It’s called Reddit.”

Here’s the ad so you can see for your self

Reddit has said to CNN that it spent the “entire marketing budget” on the ad, Roxy Young the CMO of Reddit said

“It was not part of our marketing plan.

But we were so inspired by the power of our communities in recent weeks that we rallied to pull it together in just a few short days in collaboration with our agency partners at R/GA,

I am really proud of what we were able to achieve with just five seconds and think it beautifully captures the heart of Reddit in our unique and brilliantly absurd tone.”

I don’t know about you guys but I love Reddit and think it has a very bright future in the social media world, it’s one of the rare companies that still centres around community but without being Cliquey like Facebook groups and compared the UI is just so much better for community style content. Each to their own but I can say hand on heart I have been a proud Reddit fan boy for the last 6 years.

To the moon Redditor’s (crypto reference there) 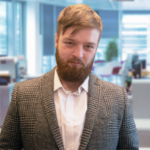