Journal 17: How Flexible is Brand Image

You are here:
My JournalReadResearch 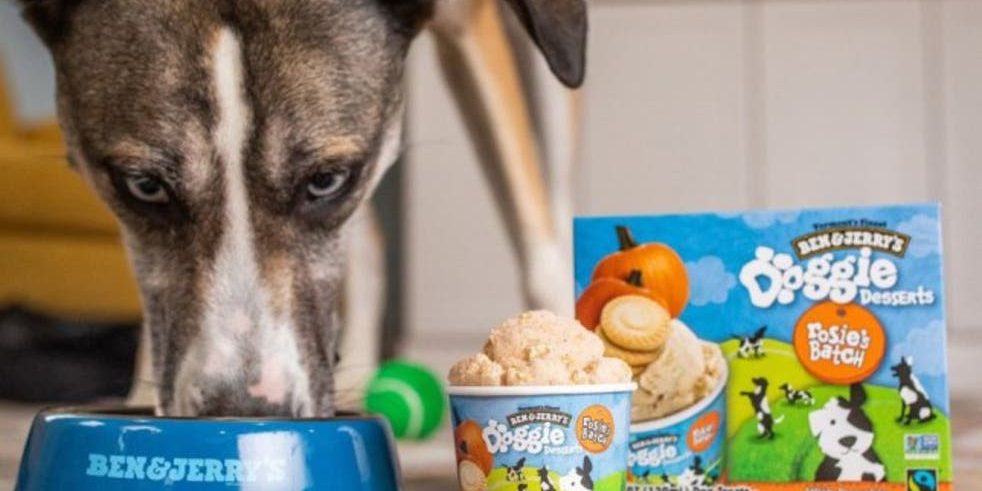 Today I want to talk to you about Brand image & how flexible it truly is, if you believe most marketers its not very flexible at all but they are wrong brand image is very flexible. I started to think about this when I saw that my favourite ice cream brand Ben & Jerry’s had started making dog food.

So let’s begin with the Ben & Jerry brand.

Ben & Jerry’s has started making dog food. Yes, dog food. And yes, under the same Ben & Jerry’s brand name. The new snack comes in pumpkin and cookie or peanut butter and pretzel flavours, utilising many of the same ingredients used in the company’s human treats. The dog snacks will be sold in the frozen food section of American supermarkets only a few feet from Ben & Jerry’s more established ice cream offerings.

“This is an opportunity for people to treat their dogs as they’re treating themselves when they grab a pint off the shelf, the connection between human and canine snacking has never been stronger.”

The Ben & Jerry’s logo, the characteristic colourful packaging and cartoon imagery so associated with ice cream are now also found on dog food.

The similarity should, in traditional theory, create significant tension. Basic brand theory states that, while a brand extension opens the door from an existing category into a new one, it also runs the risk of undermining the original brand if the new category, or subsequent new product, undermines it.

But this really can work if the brand is strong enough to make it work.

Let’s look at another example

When the big SUV was launched back in 2002, marketing people lined up to took turns to say that the company’s latest product was going to be a flop.

For a long time Porsche had stood for being a sports car brand. The Cayenne was not a sports car. it was a two-ton monster that was slightly larger than a garden shed. The new car design was about as far as you could get from the company’s heritage and classic brand image. Porsche’s entry into the SUV market would surely undermine its sports car credibility and perceptions of performance, and ultimately hurt the brand. If you follow what school teachers told you about brand image yes it would but it didn’t.

Nearly 20 years later the Cayenne has not only proven to be Porsche’s best-selling car of all time, it provided the company with more financial resources to redevelop its classic range of sports cars and take a lead in a big emerging market developing luxury electric cars. The once-derided SUV has not only proven successful, it has become the company’s greatest achievement in recent times taking the brand to new heights.

So back in July of this year, online retailer Boohoo faced its own crisis. An investigation by the newspaper “The Sunday Times” found workers at a Leicester factory supplying Boohoo with products being paid below minimum wage, only £3.50 an hour, barely a third of the adult minimum wage.

The Government then got involved and announced it was coming after Boohoo. People predicted significant damage to the retailer’s brand and a likely hit to revenues. Investors panicked because Boohoo’s main clients was the ethical millennial generation, who are attracted to brand purpose. The company’s share price went south in the space of 10 days after the exposé.

But then nothing actually happened. Despite all the reputation-destroying publicity, Boohoo’s brand retained all its original attraction. In fact, sales went up by 45% during the ensuing six months and the company’s share price has been recovering ever since.

My Point In All Of These Cases:

Well it is that brands and brand image is so much more robust and flexible than most marketers appreciate.

We use words like ‘tarnish’ or ‘damage’ whenever we see a brand deviate from the strict positioning and brand image. And because marketers believe that brand is one of the most important assets at a company’s disposal, they assume that these discrepancies are fatal mistakes.

But time after time, deviations do not result in destruction. Porsche not only survived the Cayenne, it prospered because of it. Boohoo has re-emerged entirely unscathed from its the minimum wage scandal.

Brands, it would seem, can take a lot more shit than most would believe.

The consumer is not a moron

So what happened? It is the story of the rise of brand awareness. In the 1990s they taught brand managers that awareness was the ‘gateway’. You needed it, but when you had it you then you had to move on to the far more important concept of brand image. Customers might know that the brand exists, but once that was established what did it stand for in their mind?

Rather than just the gateway, coming to mind and being present in the consumer’s consciousness during decision-making is the most important thing. Brand image is also important, but it occupies a smaller role these days for most marketers. In the age of Trump, what people think of you is far less important than the more brutal objective of getting people to think about you. People will always forgot and move on there is too much going on for them not to, just ride the storm.

Us marketers also overstated the impact of brands on consumer’s lives. We forgot that most customers (not marketers) really don’t give a fuck about anything in a supermarket other than the final bill price and how long it takes them to do there shopping.